Why Angelina and Brad are REALLY Getting a Divorce 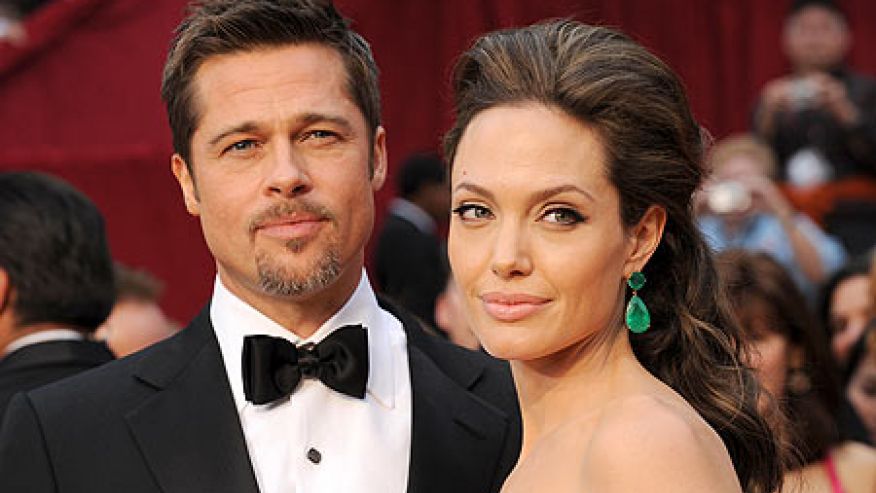 Angelina Jolie and Brad Pitt broke hearts the world over when Jolie filed for divorce on Sept. 19, 2016. The couple have been together 12 years, though only married for two, and share six children. On top of that, they were the most beautiful pairing on the planet. Jolie wasn’t messing around with the split, hiring celebrity divorce lawyer Laura Wasser to rep her—the same lawyer who represented Johnny Depp in his ugly divorce from Amber Heard. This means it’s serious.

What happened? Here are a few reasons why Brangelina may have fallen apart.

They were built on a faulty foundation

You know the story by now: In 2003, Brad Pitt, who was then married to Jennifer Aniston, signed on to star in Mr. and Mrs. Smith. Originally, Nicole Kidman was set to play opposite the blond hunk, but Pitt reportedly didn’t feel enough chemistry with her and dropped out of the film. Kidman moved on to Stepford Wives. According to News.com.au, Producer Arnon Milchan said “immediately after he cast [Jolie] as the female lead, Pitt called him back to say he was happy to play Mr. to her Mrs.” Filming began in January 2004, and rumors soon began to swirl that the pair were hooking up, though everyone involved denied it.

In May 2004, Pitt took then-wife Aniston to the Troy premiere, possibly to quiet the rumors. That August, paparazzi capture Pitt and Jolie looking cozy, which Mr. and Mrs. Smith insiders dismissed as being in character. In December 2004, Pitt vacationed with Aniston, and one month later, in January 2005, they announced their separation. That March, Aniston filed for divorce. In April 2005, Pitt and Jolie were photographed vacationing with Jolie’s son, Maddox, and the rest is history. Any relationship that starts with either partner cheating (or even just having an emotional affair) is bound to have trust issues at some point, right?

They couldn’t keep their stories straight

The Jolie-Aniston-Pitt love triangle made tabloids explode. Despite all parties denying that there was cheating involved in Pitt’s divorce, Pitt and Jolie had a hard time keeping their stories straight.

They both initially claimed nothing happened until after Pitt and Aniston divorced, but in a 2007 Vogue cover story (via People), Jolie made it clear that a deep relationship had developed during filming (when Pitt was still married). “Because of the film, we ended up being brought together to do all these crazy things, and I think we found this strange friendship and partnership that kind of just suddenly happened,” she said. “I think a few months in I realized, ‘God, I can’t wait to get to work.’…Anything we had to do with each other, we just found a lot of joy in it together and a lot of real teamwork. We just became kind of a pair.”

Media scrutiny makes any relationship harder, and for a long time, these two courted it—remember that W magazine spread that came out while he and Aniston were still together? It looks like the press they loved so much in the beginning finally came back to bite them.

He may have cheated

You know the old saying “If they’ll cheat with you, they’ll cheat on you?” Well, somewhere Aniston may be snickering and looking up quotes about karma because Page Six reports that Pitt hooked up with Allied (2016) co-star Marion Cotillard for months while filming in London, and an insider alleged he was shacking up with “Russian hookers” as well. A source said, “He’s in the throes of some insane midlife crisis, and Angie’s fed up. She hired a private eye because she felt that he was fooling around with her on the set, and it turns out, he was. And that was the final straw.”

She has a history of cheating and unconventional relationships

When Jolie was married to Jonny Lee Miller, she reportedly cheated on him regularly with model Jenny Shimizu. She went on to have a long on-again, off-again relationship with Shimizu, even when they were both dating other people. She later hooked up with second husband Billy Bob Thornton when he was with actress Laura Dern. She’s also gotten very close to her half-brother, James Haven, and described doing drugs and cutting with former lovers. The stability and normalcy of a heterosexual marriage may have simply gotten old and stale for her.

They mixed business with pleasure

Pitt and Jolie co-starred in By the Sea (2015), which may have been a case of art imitating life. The film focused on a broken relationship between an unhappy couple. When asked about it, Brangelina was quick to deny any problems, leading a lot of us to think now that the lady (and gentleman) doth protested too much.

“A lot of friends of ours thought it was…they didn’t say a bad idea but they asked us a few times if we were sure we wanted to [work together on By the Sea],” Jolie told Tom Brokaw on Today in October 2015. She later told the Daily Mail, “It was our way of testing ourselves. We knew that if we could get through this, we’d come out even stronger and happier. And we did. We’ve always liked putting ourselves through challenges, even though it was maybe a little more dangerous for us as a couple…I don’t think we want to go through it again though.”

Their lifestyles are different

Page Six reports that Jolie and Pitt have different priorities. Jolie is said to be looking for fulfillment outside of Tinseltown and in humanitarian efforts, while Pitt loves being Hollywood’s golden boy. “The older she gets, the more serious she becomes, and she is sick of the Hollywood thing,” a source said. “He wants to make movies. She doesn’t. It’s a fundamental difference. It’s how you live your life.”

Their schedules are hectic

People reports that Jolie and Pitt were both busy with pre- and post-productions of their respective movies First They Killed My Father and Allied, with Jolie taking even more time away from the marriage to work on United Nations humanitarian efforts. Between films, jetsetting around the world, and taking care of six kids—plus all of Jolie’s international do-gooder efforts—it’s no wonder the spark started to sputter. Peopole notes that the couple spent a good portion of the last few months apart, which may have played a role in their breakup.

They disagreed on how to raise their kids

Sources close to the pair told TMZ that the driving force behind Jolie’s divorce filing was Pitt’s parenting. “[She was] extremely upset with his methods,” a source said, adding, “Her decision to file was based solely on his interaction with the children.” Jolie requested sole physical custody of the couple’s six children (Maddox, 15, Pax, 12, Zahara, 11, Shiloh, 10, and twins Knox and Vivienne, 8), granting Pitt visitation rights. The tab also alleges Pitt has “anger issues,” which led Jolie to call it quits.